A bit of an unknown battle in 1945 on the eastern front was the battle for Küstrin (on the river Oder). This old Prussian fortified city was also seen as ‘the gate to Berlin’. German resistance on the banks of the Oder, south of Küstrin made sure the Red Army could not form a consecutive bridgehead.

Schlacht an der Oder was organized by our workgroup in February 2019.
This event was a private tactical on the terrain of shooting range ‘Davy Crockett’ in the Dutch town of Meterik.

During this event our workgroup displayed the German troops near the Oder south of Küstrin. 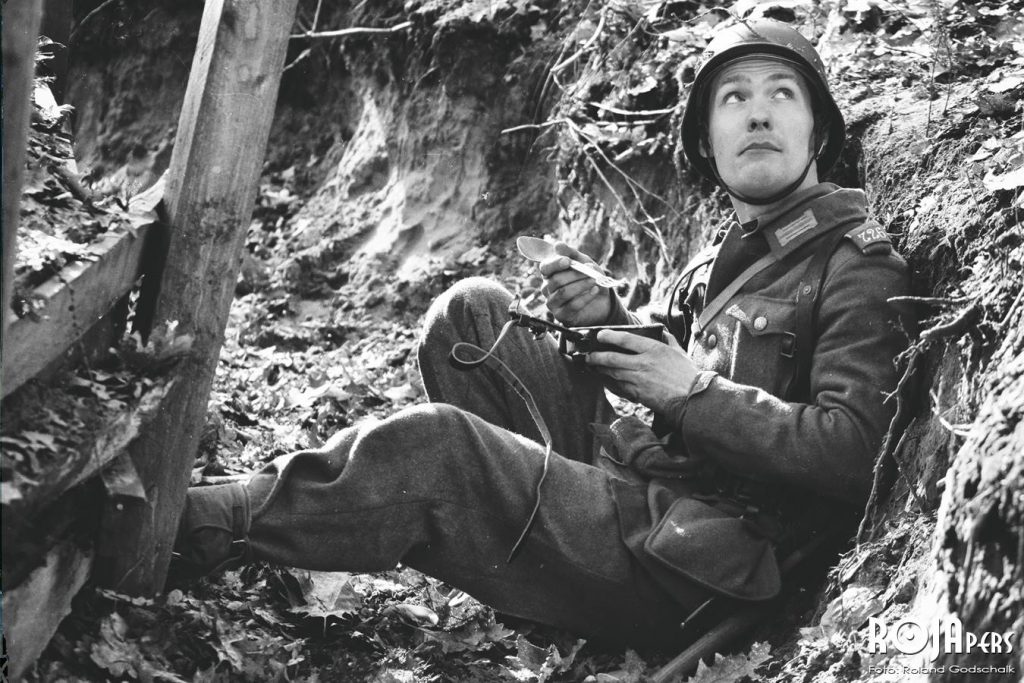